From hoverboards, go karts, electric scooters, segways, and electric bicycles, electric powered vehicles are becoming increasingly popular. As electric bikes have seen a big increase in sales worldwide, more and more people are asking themselves: are e-bikes from China worth it?

The reason why this question gets posed could be a number of things. It could be because people are inherently skeptical about trusting manufacturers from outside of their own nation. It may very well be due to the common stereotype that Chinese engineering is sub-par. Whatever the reason is, we feel obligated to provide a detailed explanation that will clear things up once and for all.

How Much Can Chinese Made Electric Bikes Be Trusted?

The truth of the matter is that Chinese manufacturers of electric bikes can be trusted just as much as any other e-bike producer. Like with any industry on the planet, there is a varying mix of both high and low quality coming from China. So essentially, it depends on the brand.

Some people like to point out that many Chinese made electric bikes are very inexpensive and therefore they must be of inferior quality. While this is a fair assumption as it works in many cases, it is rather hit and miss here. The key to understanding why Chinese made electric bikes are cheap lies in understanding some basic facts about China itself.

Why China and Bicycles Have a Special Relationship

China has so many people that it faces transportation concerns that are unique to its situation. Because regular bicycles are so popular in China, the rise of the e-bike has been especially massive there. And basic economics tells us that when a product becomes popular many companies try to move in on the action, and competition often breeds low prices.

After all, if Chinese made electric bicycles are completely unreliable, why or how could hundreds of millions of Chinese citizens rely on them so often? The simple answer is this: because they are actually just fine.

There is no doubt that this appalling Covid 19 virus is affecting us in many [...]

Many of our bikes have individual security fitted- electronic alarms and ignition locks etc but [...]

Twist And Go Electric Bikes: What You Need To Know

Twist and Go electric bikes often create a huge amount of confusion within the UK. [...]

One of the biggest reasons people turn to bikes or electric bikes is for the [...]

What Speeds Do Electric Bikes & Mopeds Go Up To? 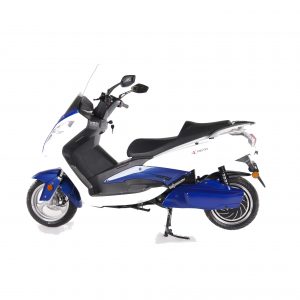 When it comes to electric vehicles, so many naturally assume that owning one is anything [...] 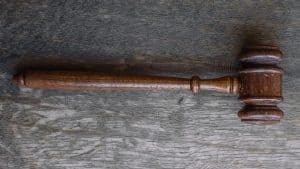 Do You Need A License For Electric Scooters?

When it comes to electric scooters and electric mopeds, one of the most frequently asked [...]

The Technology of Chinese Made Electric Bicycles

Since the infrastructure of China places specific demands on transportation, Chinese made electric bikes have been designed to specifically address these concerns. Because of these factors, you can actually expect some Chinese manufacturers of e-bikes to produce products that are actually quite resilient.

Two common features you will often see that stand out about Chinese made electric bikes are their batteries and their rear hub motors.

One of the biggest issues consumers face with electric bicycles, or even motorized vehicles in general, is that the battery doesn’t last as long as they would like. Many of these products will only last for about an hour or an hour and a half when going at the maximum speed.

Because Chinese citizens rely on bicycles much more heavily than other countries they end up using them much more often. It is not uncommon for your average Chinese worker to use his or her bike for several hours a day.

That’s why Chinese made electric bikes have stronger and longer lasting batteries. They have to be better in order to allow the people to use these bikes as their main vehicles for multiple hours a day.

The same logic can be applied to rear hub motors. They also tend to be more robust so that people can use their electric bicycles for many years. After all, what may appear cheap to us can be quite the investment to a local Chinese.

How Can I Know When to Trust a Chinese Electric Bike Vendor?

Despite the fact that many Chinese made electric bikes are high quality, there is no denying that many of them are also very cheaply made and are constructed out of poor quality materials. While some people think the very idea of purchasing a Chinese e-bike is simply too risky and should be avoided altogether, we actually have a few tips you can use to make sure you get a good electric bike.

1. Check The Popularity And Reputation Of The Manufacturer

This will be especially effective if the manufacturer is well known and well received in China. Odds are that if this company is popular and gets good reviews from native citizens then they probably make a good bike.

2. Check For A Warranty / Guarantee

Make sure your electric bike comes with a warranty or guarantee of some sort. It is sometimes rather suspect when a manufacturer offers no warranty of any kind on any of their products. If you are sold a product with at least a few months warranty then this increases the likelihood that they are a trustworthy business.

The vendor should be easy to contact. Any business that has no customer support is an absolute no-go. It is even better if they also have e-mail addresses or phone numbers that can be contacted. You don’t necessarily have to actually call them yourselves as there is a chance they don’t speak English, and since you’re reading this I’m guessing you don’t speak much Chinese. Just check for this kind of information as a sign that they have a system in place for customer service.

Read into the history of the manufacturer on their website or in reviews and see if their electric bikes have acquired certifications related to safety standards, quality assurance or things of that nature. Also check to see if they have passed any tests proving that they meet said standards.

We hope you have enjoyed this article that has discussed both the potential pros and cons of purchasing a Chinese made electric bike. While there are certainly some risks to be aware of, this is not unusual as anyone should be properly prepared by reading up on the facts when making a big purchase. Chinese electric bikes have become a huge market for a good reason, so we hope that if you decide to buy one for yourself, you will not only do so as an informed consumer but that you will just as importantly enjoy your new e-bike.

We use cookies to ensure that we give you the best experience on our website. If you continue to use this site we will assume that you are happy with it.Ok